The Taipei Times reported that “Two US Pacific-coast states — Washington and Oregon — have declared that next week, from May 8 to 15, is to be celebrated as ‘Taiwanese-American Heritage Week,’ every year.”

He shared with me that he has been to Taiwan twice and even gave a speech one of the visits. He loves Taiwan. I invited him personally to our event next week (as seen in the second photo, we are chatting in the hall outside the city council chambers; he is holding our FOCA flyer). Hopefully he will be able to attend as he said he is available that evening.

I look forward to seeing our Taiwanese Community continuing to have mainstream integration and higher visibility in America. Thanks for everyone’s hard work. ”

“First, Mayor Scott read the content of the TAHW proclamation and signed it at that time.

Then I made a brief comment with three points (1) Taiwan shares with the US the same beliefs of freedom and democracy—for example: Taiwan elected its first female president. (2) Taiwanese American contribution — example WaferTech (TSMC subsidiary company in Camas; 1000 employees) (3) I invited the Mayor and City Council members to join the FOCA event.

I just found out this meeting was recorded on video:

The followings are the recognition by the elected official in these areas.

Letters (or Tweeter) from 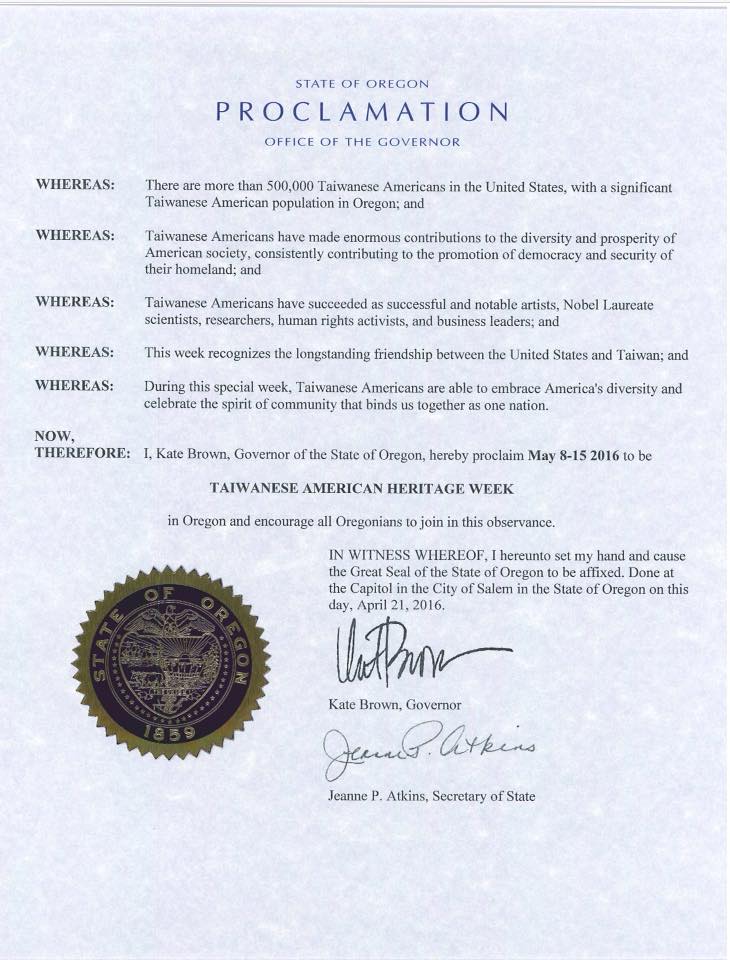 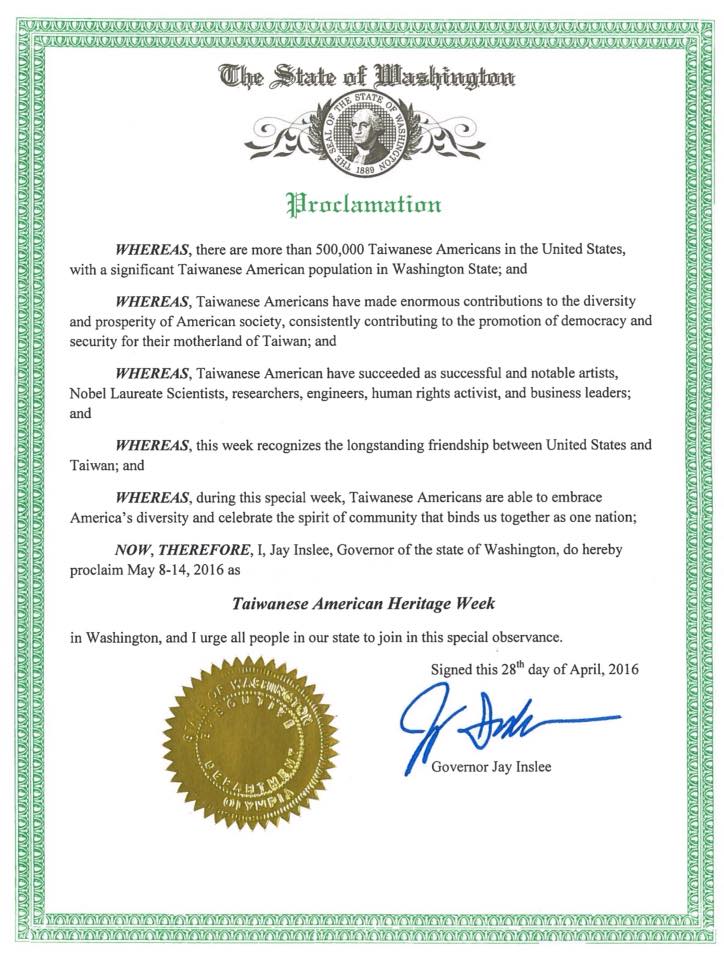 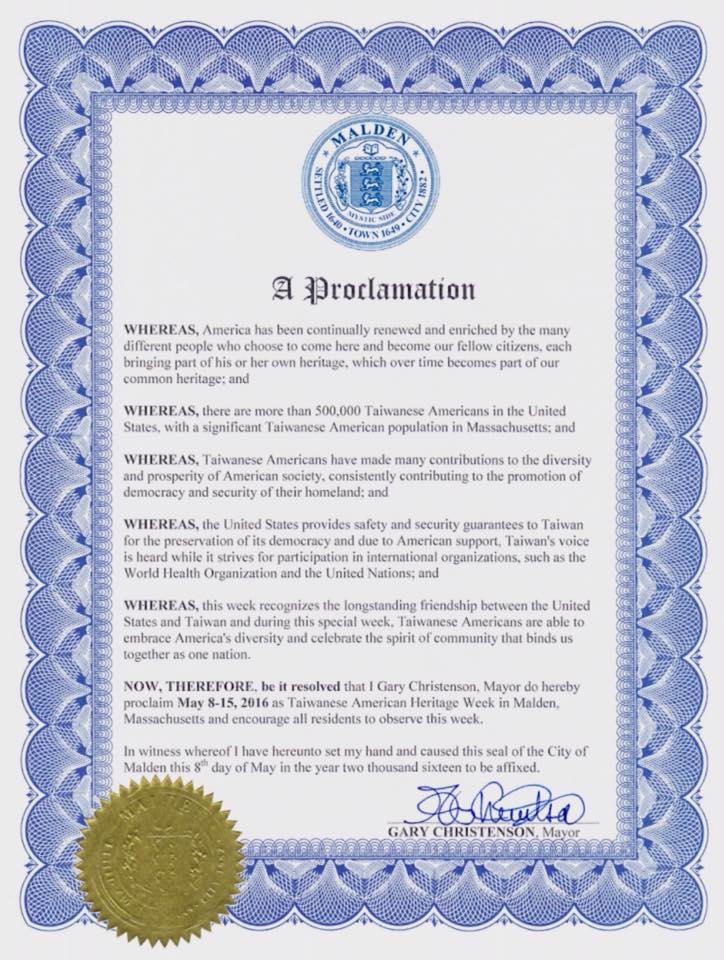 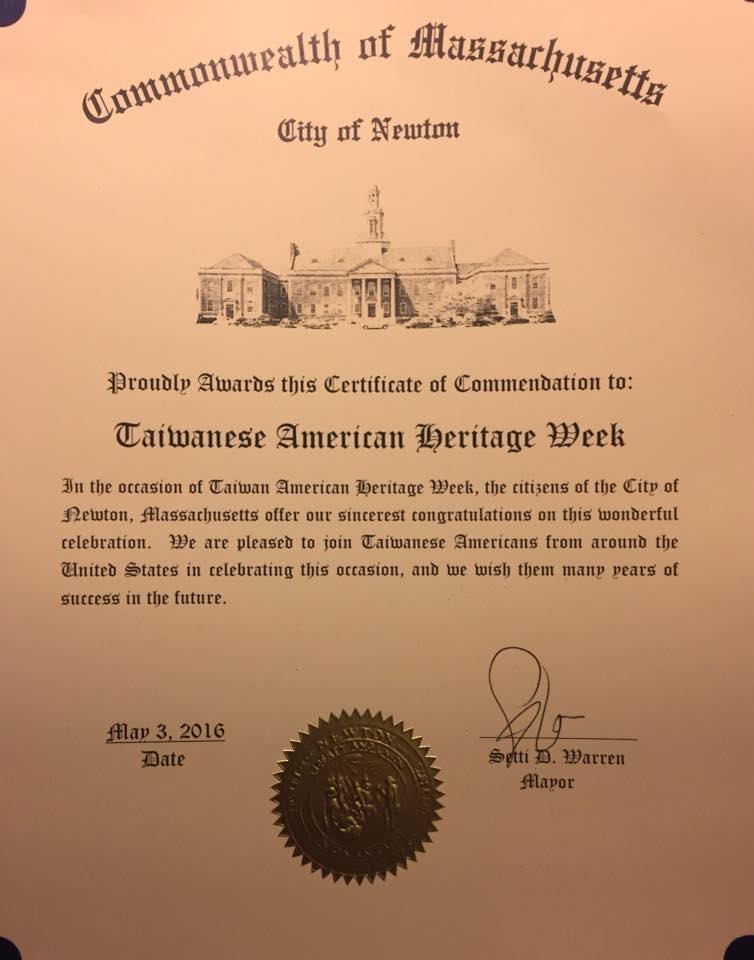 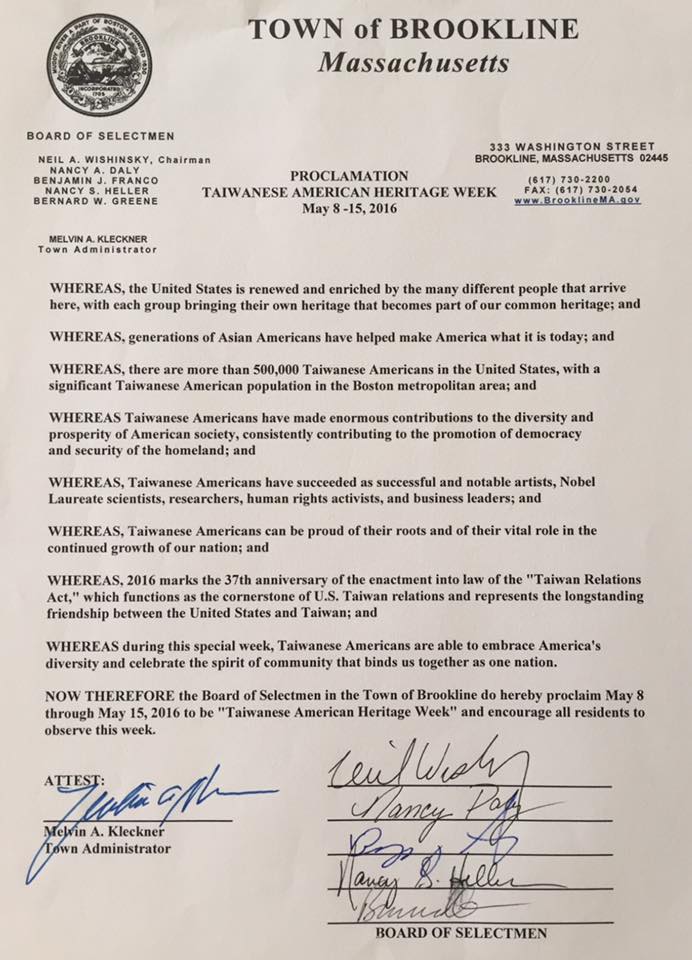 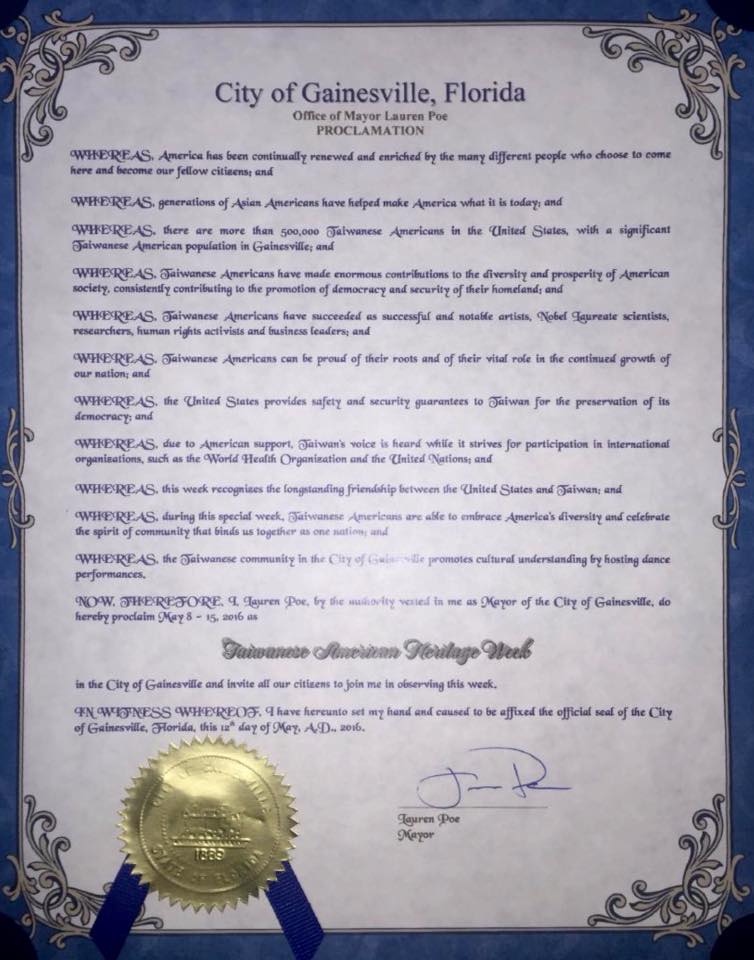 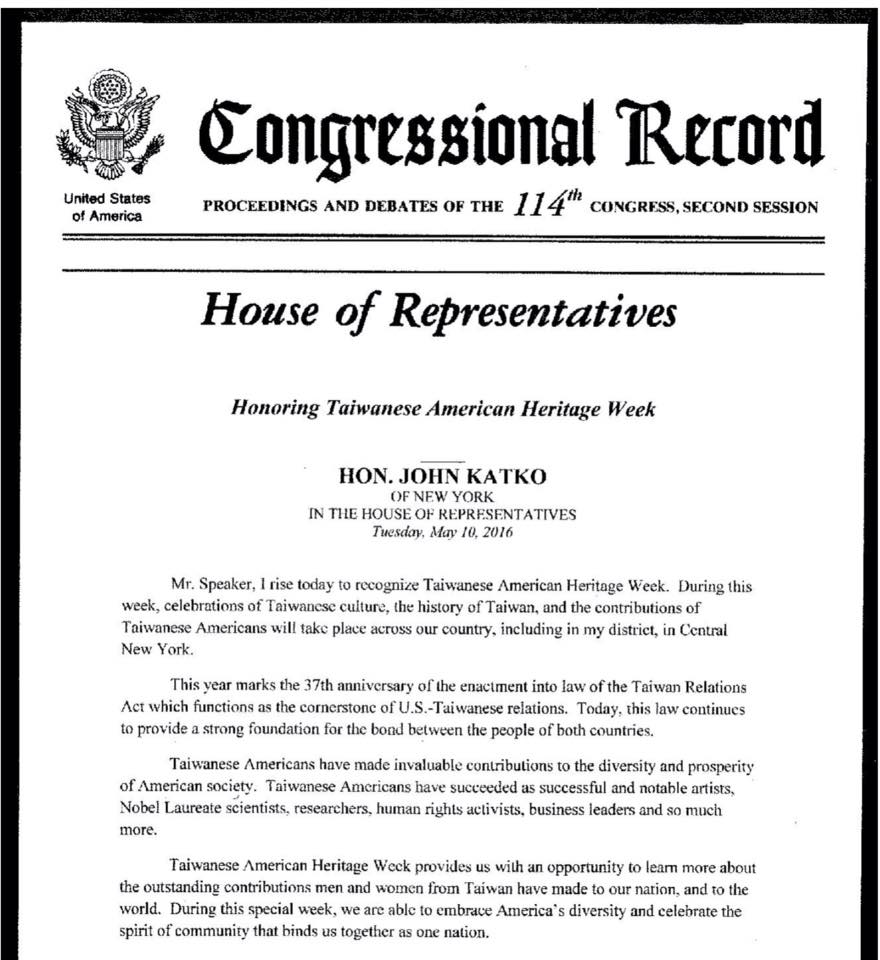